Chartres Cathedral is sometimes thought of as a cathedral of birth. One important reason for this relates to Mary, Notre Dame de Chartres, and the main cathedral relic, the Veil of the Virgin Mary,  which is believed to have been worn by Mary at the Annunciation or the birth of Jesus. Images of birth, Mary as birth-giver, and the mandorla, an almond-shaped symbol of birth, are easy to find at Chartres. 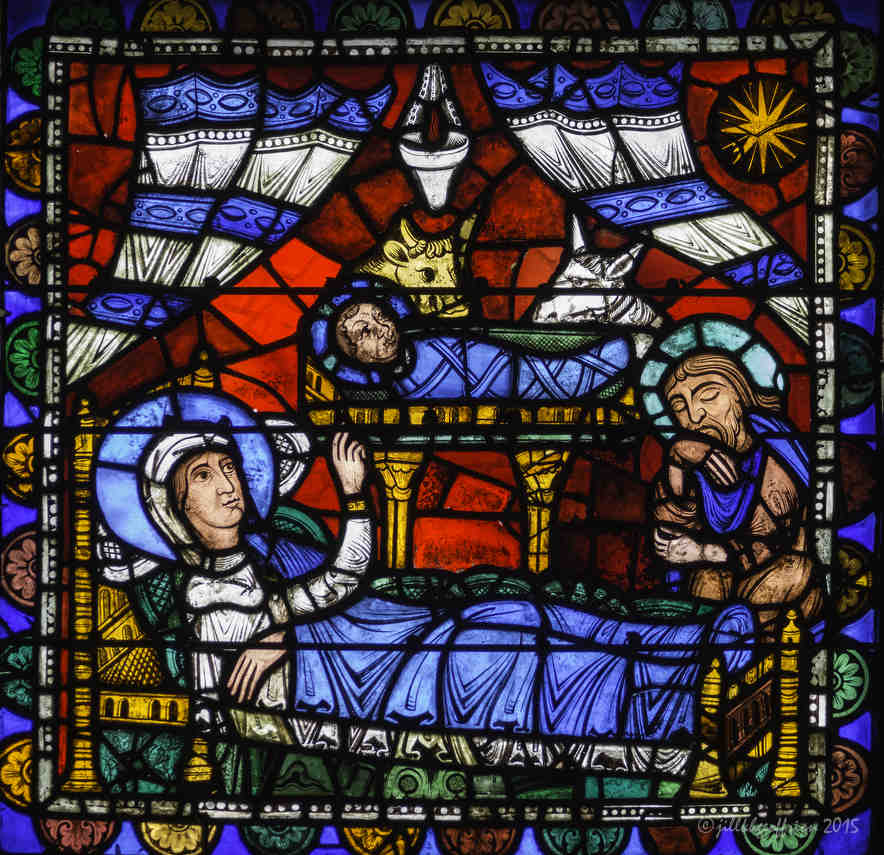 Mary after the birth of Jesus, 12th-century nativity scene in the Life of Christ Window

Mary’s role as the birth-giver of Jesus is highlighted in many ways. In addition to the eleven depictions of the Nativity in stone and glass, there are three images of Mary nursing at Chartres, even though this was not a common medieval theme.

Jesus’ resurrection is an important manifestation of rebirth. Images of the soul of a dead person, depicted as a naked child, entering into a new spiritual life are found throughout the cathedral, 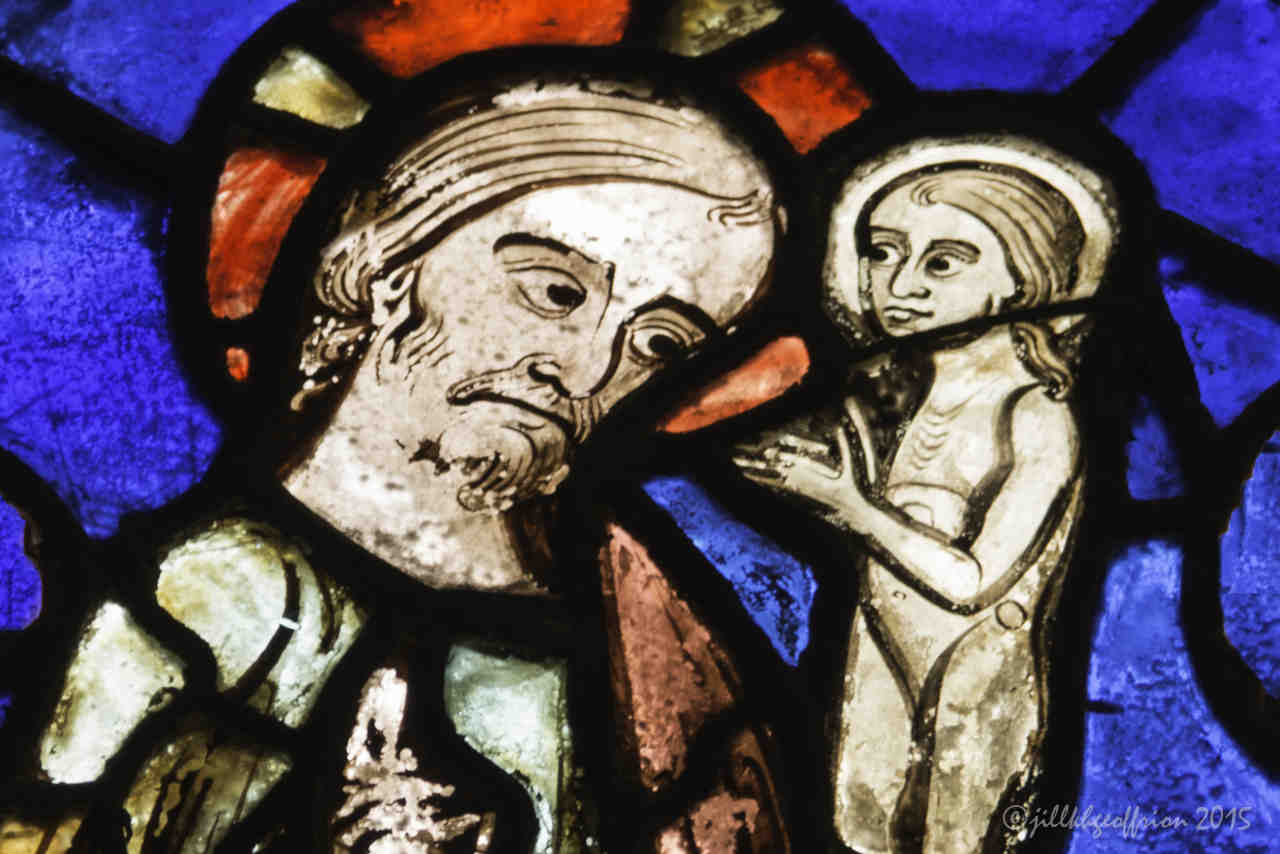 The mandorla (almond) shape represents both physical and spiritual birth. It is found both inside and outside of the cathedral, as well as in liturgical texts that were used in Chartres. 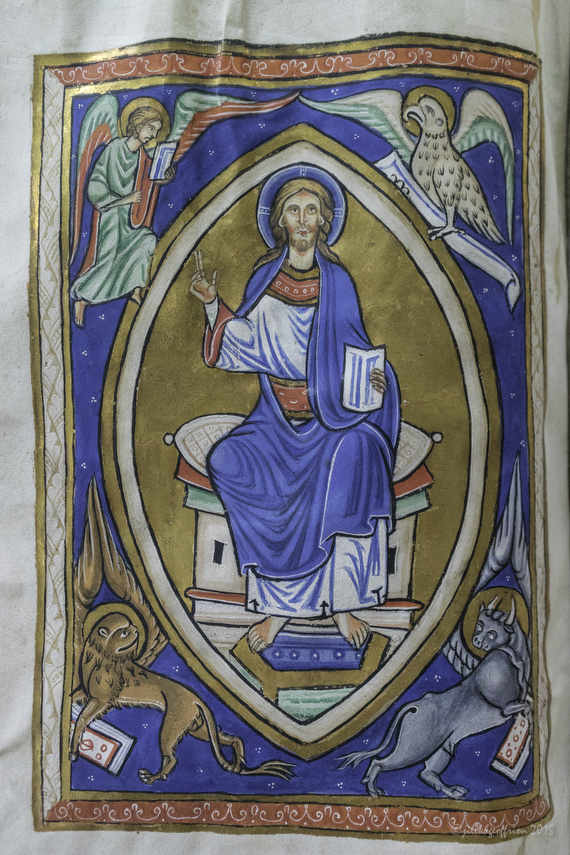 13th-century manuscript image of Jesus sitting in a Mandorla (as the way to eternal life). This is one page in the Pontifical used at Chartres and now found at the manuscript library in Orléans (BM144). 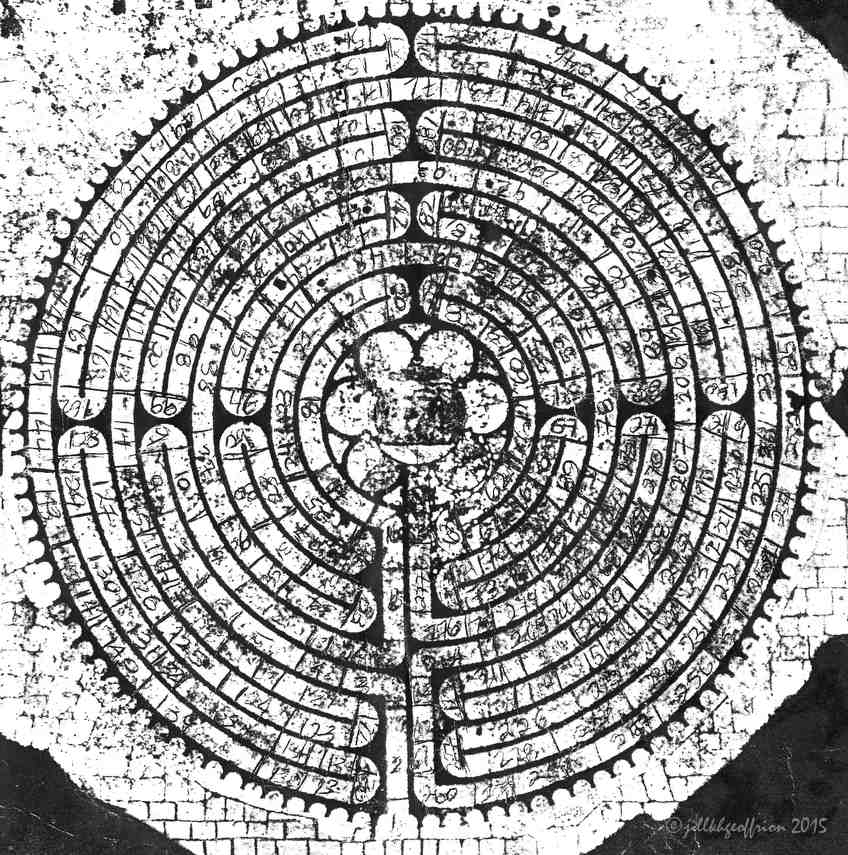 Pilgrims sometimes speak of their experience of coming to the end of a gestational period while at Chartres. “At Chartres, I have come to understand that it is time to give birth to what has been growing in me.” 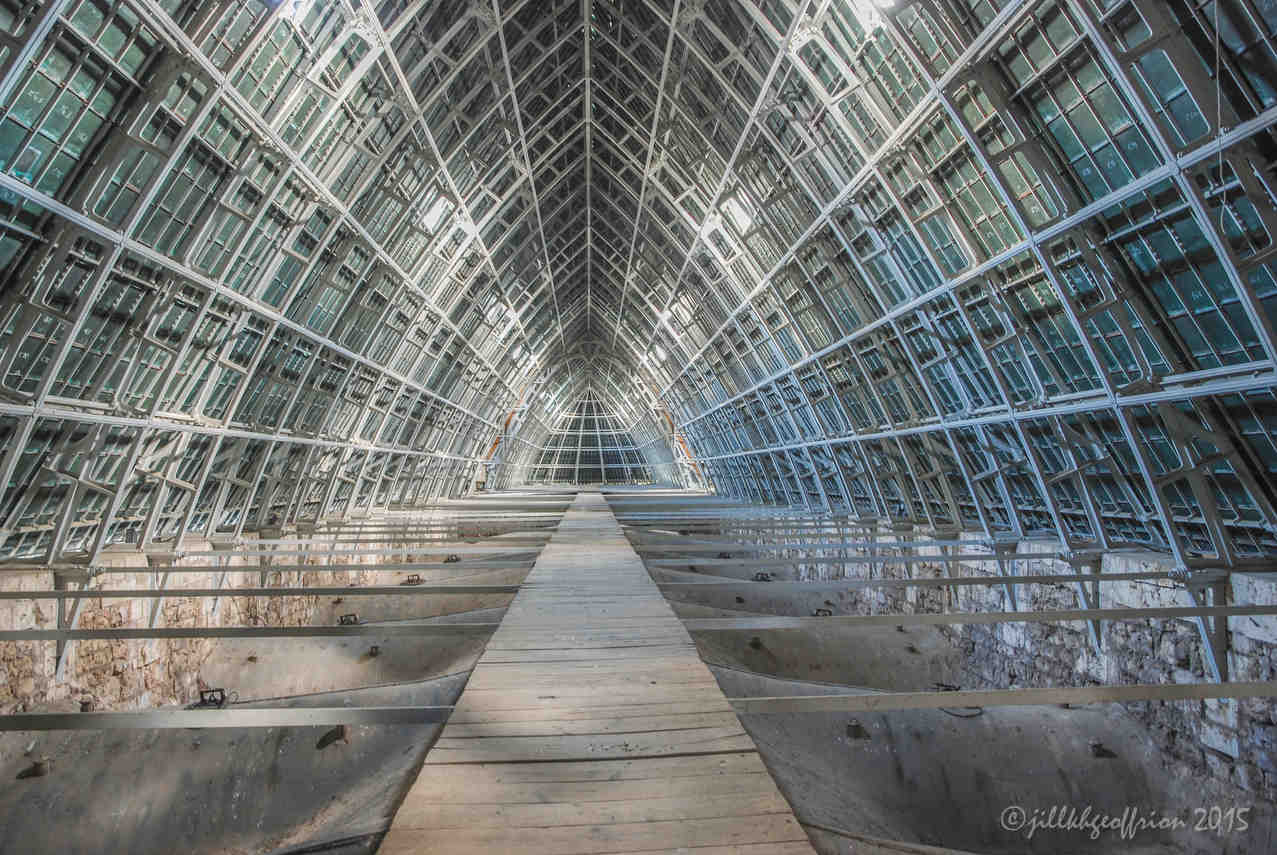 The walkway under the roof. For some, it brings to mind the image of a birth canal